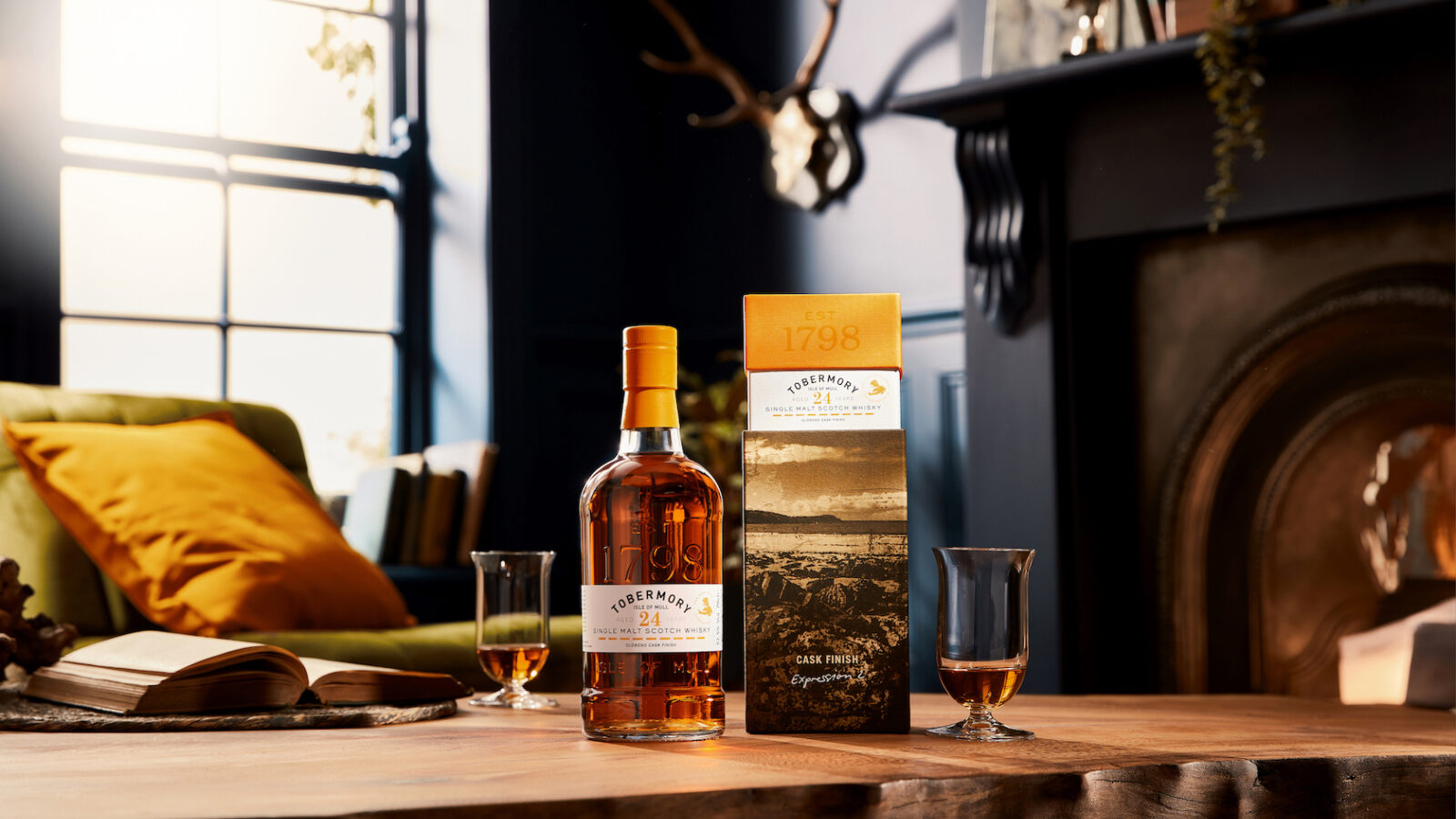 I got to go and meet real people and talk to them face to face about the whisky they’ve made!

It was an absolute pleasure to be out and about meeting Julianne and Brendan from Tobermory distillery and share a dram or two of the new Tobermory 24 (the second release in the Hebridean Series) over a nice lunch at Berry Brothers and Rudd. It almost felt like the challenges of the past two years never happened!

That being said, I’ve got a job to do. So, I can’t let sentimentality get in the way of assessing this incarnation of Tobermory, which has been developed using casks initially intended to furnish the dearly departed 15-year-old expression. There’s a big sherry edge to this, let’s have a look…

Medium pronounced with dates, prunes, old leather chairs and wood polish. A touch of moss on a forest floor with fruitcake, cinnamon, and caramelised orange peel. Some fermentation notes have survived with suggestions of charred pineapple and stewed plumbs acting as the glue holding things together!

Mouth filling and moreish. Those dried prunes and dates drizzled in golden syrup coat the palate. A slightly drying sensation from the Oloroso with warming spice from anise, nutmeg, ginger, damp tobacco and some bitter dark chocolate. One more the fermentation fruitiness is in the background, but the occasional reminder of melon and maybe even red grape remind you where the dram came from occasionally.

Yeah, this is “Connas” whisky.

For the sake of impartiality maybe the bitterness from the dark chocolate notes could prove a touch too much for some. That being said, this is a very good example of Tobermory in sherry. Not a case of over cooked sherry cask silliness, a balanced and elegant representation of an often overlooked make.

Anyhow, you know the rules loungers. If you want to try and prove me wrong, feel free to do so!